Fantastic session last week in the depths of the Suffolk countryside...Here is a pic of the studio... 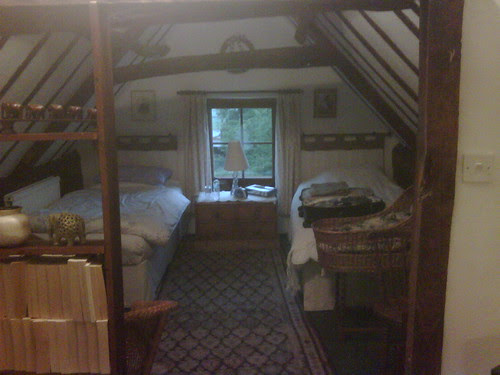 Classical production is very intensive what with reading the music, listening for birds/aeroplanes, keeping the artiste filled up with Earl Grey tea etc... So I didn't have much time for taking photos or Twittering, but it was a wonderful time with some fantastic music making. I've got a lot of post production to do on the recordings, so more details will follow when we're nearly ready for release.

I spoke to the director of Highland Emergency last week...The second series has been pencilled in for broadcast beginning on 22nd June on C5.
at Sunday, May 31, 2009 No comments: 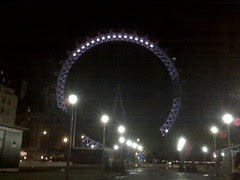 After a day of meetings in London yesterday, had a great day today knuckling down to compose some pieces for the next Artful release and a couple of solo Artful disks for release later this year. I'll be taking these with me (as well as my Sibelius scoring set up) for editing during breaks in next weeks recording session.

This session is really exciting!!! Artful has recently been lucky to publish and release music by some of the best rock and Jazz musicians and composers...Now, we're about to record one of the worlds best classical musicians for release on an Artful disk. I'd rather keep who this is under my hat until the music is at least in post production, but I can say that this person has received many international awards and honours and is world renowned for musicianship and scolarship.

We're booked into a beautiful recording studio which is hidden away in the east of England countryside and I'm looking forward to an inspirational time.

As you can see from the sidebar, there are plenty of TV repeats containing my music and there are signs of a new commission coming soon.
at Tuesday, May 19, 2009 No comments:

Just back from a trip to the USA, mainly to go to the NAB show in Las Vegas. Also took the opporunity to meet up with some friends in Beverly Hills and surprise my Auntie on her 84th birthday near San Diego!!!

The NAB show was great...Met up with some old friends and also some sub-publishers I've been working with for years, but have never met. I also had the opportunity to have a quick play with the latest Euphonix DAW controllers which I'm thinking about getting for my latest main studio refurb.

My current set up (based around a Yamaha 01x) would become a mobile set up and I'd also keep 'Studio 2' at the office, which is a Sibelius set up for score writing.