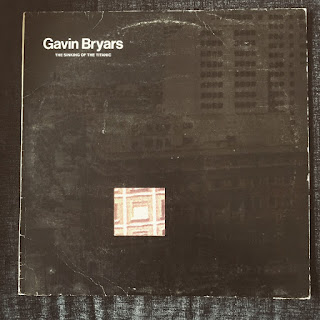 I became aware of the music of the English Experimentalists through visits to the BMIC, back when it was situated in Stratford Place off Oxford Street in London. It was run by Roger Wright (later Controller of BBC Radio 3) and was a real centre of contemporary music. I met Percy Grainger's biographer, John Bird there and Hans Keller was often studying scores at one of the benches.

The BMIC was a repository of scores as well as a venue (my Three Knobblers for Piano was played there by Leslie Howard together with pieces by Leonard Salzedo and Alan Bush) and looking around the scores, I became aware of a type of music that appealed to me. At the time, serial/atonal music was the order of the day, so when I heard the music of John White, Gavin Bryars, Benedict Mason, Dave Smith, The Garden Furniture Ensemble and others, it instantly appealed to me. 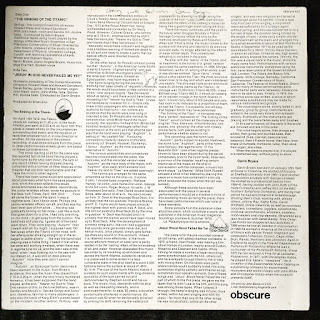 Their music was largely tonal, although chance and systems were part of their make up...Some scores were text (or graphic) only. HERE is an excellent piece about John White's piano sonatas and HERE, is Gavin Bryars biog. There are plentiful articles on the English Experimentalists on the internet.

Through the BMIC, I was lucky enough to meet a few of them and John White, Gavin Bryars and Benedict Mason were very kind to me...I must have been a bit of a pain turning up and questioning them about their work, but they were very helpful. I went to quite a few concerts...One at Huddersfield Music Festival (which repeated at the ICA in London) was particularly memorable, with performances of some John White symphonies and Gavin Bryars' Ponukelian Melody. 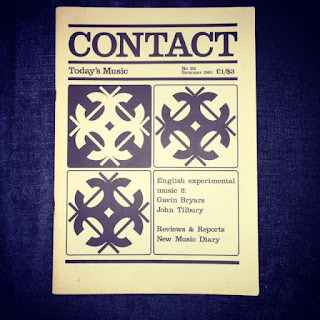 Later, at university, us students were asked to give a lecture on any (musical) subject. My lecture was called, 'Atonality is a red herring,' and concerned my belief that music wouldn't progress by merely getting more tonally complex to the point where there was no central tonality, but it would progress by the changing of attitudes to how and why it was composed. I cited my main influences which were Percy Grainger, Erik Satie and the English Experimentalists.

I still think the same way and feel that in my 'serious' music, I'm getting close to those thoughts I set out all that time ago. Pieces like Elegies (and Energies), Scatterbird and Power Harrow in the Multiple Field sketches are coming together very nicely and I'm looking forward to recording them soon.

In other news, I've been very busy writing music for LEXI which is a graphics system which explains the category system for the Rio Paralympics and other IPC games. This will be shown worldwide and is a very exciting project.

Also, I've been writing a string quartet arrangement for a pop recording. I wrote the arrangement in Staffpad and then tempo mapped the original demo and imported the Staffpad arrangement as a MIDI file...Worked very well...I'm just finalising the arrangement before printing the parts for the session.

Just starting a mastering session for the next Artful project...