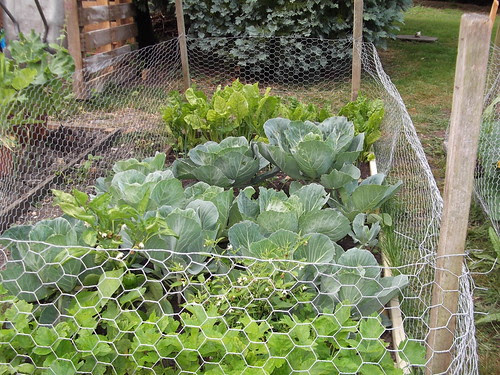 Lovely warm (actually HOT) weather here at Tumbledown. The veg garden has been cropping very well (pic above)...Potatoes, courgettes, garlic, lettuce, radish and broad beans have made an appearance and the herb garden has made them even tastier with marjoram, basil, rosemary, mint, chervil, sage and chives. Tomatoes, chili, spinach, cabbage, cucumber and runner beans to come. We've also got some green peppers which are getting visibly bigger every day...Not had much luck with those in the past, but the lovely weather must have helped them along.

We've also been taking advantage of the hot weather by using it to dry out newspaper 'logs' which are made by pressing newspaper pulp into a gadget which forms the pulp into bricks. It's a pretty messy job, but each 'log' is meant to burn for an hour...I'll report back on how they do and if they're worth the bother when we have to have the fire on next!!!

The weather has been fantastic...We've had about a week of beautiful Sun. As often happens, it's ended (hopefully, just punctuated) with massive thunderstorms and torrential rain which have tested the new drainage system. It's held up very well, with all the water being taken away from the house and collected by an Aco drain and then piped into the severely depleted pond.

There has been a lot of haymaking going on in the area because the sun swiftly dried the mown grass. The farmer who has the meadow behind Tumbledown played the weather perfectly...No sooner had the bails (about 500) been taken away, the heavens opened!!!

I've now started on a new project for Artful and have also been doing some new tracks for other publishers. I also contributed some tracks for the new Toolboxx album, Dreamcruiser which can be found on iTunes via the following link https://itunes.apple.com/gb/album/dreamcruiser-songs-for-travel/id664945938 .

The Izotope RX2 noise reducing software has well and truly paid for its keep now. I recently finished removing unwanted noises from a couple of our new releases which were recorded live and was very pleased with that. However, yesterday my French publisher emailed to say that he had a client who wanted to use one of my pieces urgently, but there was something that they didn't want in the final production. I listened to the piece and realised that the sound they meant was a quiet vinyl crackle that was part of a sample I used in the music. Rather than going back into the mix and removing the sound that way, I fired up the RX2 and within a few seconds, 22,000 crackles had been automatically erased from the piece. This made my friends in Paris very happy and the music is now in place!!! 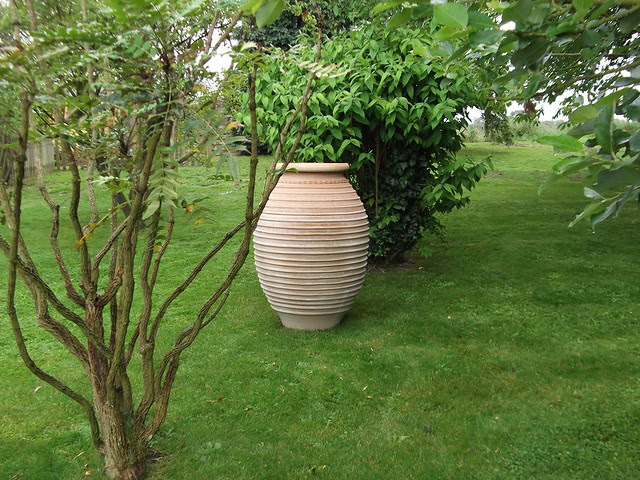 I've been composing some scary music for TV this week. It's always good to do something with out and out extreme emotions now and again!!! Book two of Multiple Field Sketches is coming along nicely too. I still have the last piece of book one to finish...This was the one that I recorded for the village show but haven't finished the written version. Bit of a strange way to go about it...I just need to put down the version for small orchestra and it'll be finished. Here's a link to the recorded version of the last piece (named The Beer Festival (P.O.W.P.H) in Multiple Field Sketches, named Bumblebees for the standalone (village show))...

Other than making scary music, I've been preparing for the big secret Artful event (news soon) and meeting with an independent production company about an interesting project which should be starting soon.

We took delivery of the gert big pot above this week...It makes a lovely range of sounds when tapped. The garden is really taking shape now with the new piece of land now really looking like it belongs to the rest of the garden. There's a fair bit of grass sowing to do...Standard lawn for most of it, but we have some special clay soil meadow grass for the projected wildflower meadow. We're now eating our own potatoes, lettuce and radishes...Not bad considering what a late start we had with the weather and getting the beds in place.

Highland Emergency is showing on Channel 5, Channel 5+1 and Channel 5 HD.