It's always great to get a nice email about some music I've written...Particularly when it comes from as far afield as Canberra, Australia, like the one I got today.

It was asking if the music for Escape To The Legion was available for purchase. I get asked this about various programmes I've written for quite often. Unfortunately, if the music was written especially for the programme, it's not made available to buy. However, I do have a lot of music on iTunes which is available for download...There is a link on the right hand sidebar which links directly to the albums that are available...Please check them out!!!

Workwise, I'm currently working on a short from VenturaFilms called Banquet Royale and a film for Jackdor Productions.

Back to wildlife news...We've spotted seven moorhen chicks on the lawn looking very fluffy and lively. We're keeping an eye on Buz the cat to make sure that he doesn't spot them too!!!
at Monday, June 20, 2011 No comments:

The herb garden is coming on nicely thanks to the recent rain!!!

I was about to start work on some music for a short film the other day, when the mains power switched off. I checked the main fusebox and all was well and then remembered that I'd had a letter through about a planned power outage which I'd put aside and forgotten about. I found the letter and it was the day of the power cut. So, after thinking myself lucky that it wasn't a couple of days later when I was expecting an editor in the studio to work on an ongoing project, I spent a pleasant morning hammering some ideas out at the steam piano.

At lunchtime, because I had nothing much to eat in the house that didn't need cooking (no mains gas here!!!), I was forced...Yes, forced to go to the village pub for lunch and a pint of Westons' Perry. It was a nice afternoon, so, using my Moleskine music notebook, I noted down some of the ideas I'd had for the film for string quartet in the garden.

The power came back on fairly soon after that, so I recorded the music part by part and was very pleased with it!!!

I bought a CPU as soon as we moved here, but the power has been very reliable. Nvertheless, I am looking into generators, just in case...Better safe than sorry!!!

Mentioning Moleskine has reminded me that we have some new arrivals in the garden, the new batch of moorhen chicks and a mole who has started throwing up some molehills under the shrubbery. Molehills are good for collecting and using to grow seedlings in.

There you go...There probably not many blogs that mention music composition and gardening tips in one post!!!

At last a bit of rain in Hertfordshire!!! It's made the landscape a lot greener already and has topped the pond up. 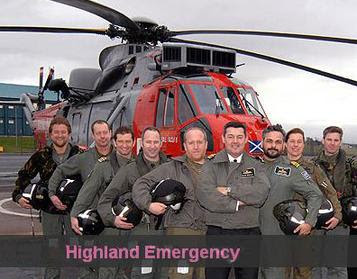 Good news...There will soon be a new series of Highland Emergency with my music on ITV1. The show has it's own Wikipedia page HERE and its own website HERE

Here are a few other shows with my music which are on this week...