The Boxer, Girl Power and more 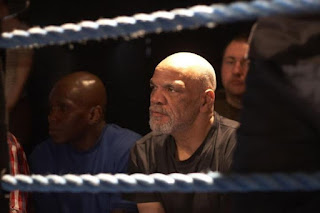 THE BOXER by Scruffbag Productions was shown to crowds of thousands at King Edward IV Park in Wembley as part of the Olympic Torch tour of London. I wrote the music with Henry Blake, Hannah Assai and Remson...Great fun to do and a wonderful film with powerful performances by Paul Barber and Ashley Chin 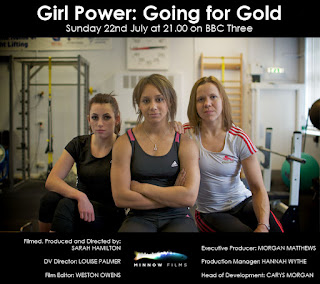 ...had its first showing on BBC3 at 9pm on Sunday 22nd July and is being repeated regularly. I wrote the original music for this.

The wildlife situation has exploded at Tumbledown...The Moorhens and chicks are doing well, several young birds rescued this week and two ducks and seven chicks passed through, watched by our seven young semi-resident ducks.
at Wednesday, July 25, 2012 No comments: Looking forward to a vocal session at Tumbledown next week with the hip-hop and grime artist, Remson and I'll also be starting on a very interesting project for ITV1...More news of that soon.

I've written for quite a few short films recently which has been very interesting and taken me to some places I've not been to before...The London Independent Film Festival in Bermondsey the other month to see the first screening of The Limelight, which has been getting some great reviews. Last night I went to The Brickhouse in Brick Lane for part of the East End Film Festival, which was fantastic. Had another lovely stay in Dublin doing the rounds of contacts. We also heard some of my music on a radio commercial as well as spotting Airline USA on TV3.

A highlight was Dublin Taste which is where local restaurants and chefs get together and offer small tasters of their food as well as a food and drink market. The video of the previous year's event looked lovely...People picnicking on the lawns in the afternoon sun. This year was wet and windy...I've never been as wet!!! Despite that it was great fun with some lovely food available.