A clip from the show made it onto Harry Hills TV Burp this week!!! 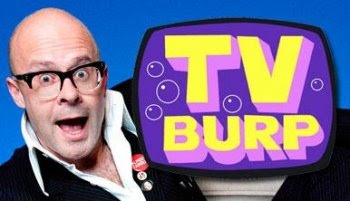 Got upgraded to this lovely suite on my latest visit to Ireland. The Merrion Hotel is our Dublin base :-) It's a fantastic hotel with a lovely restaurant and bar in the cellars as well as a great lounge bar and the Patrick Guilbaud Restaurant which produced some fantastic vegan food for me.

Had a fantastic time and made lots of new contacts.

Tommy The Tungsten Robot will be screened at the Portobello Film Festival 31st March from 6PM. Tommy was directed by Eddie Green and is a Jasmine Allen Production (www.jasmineallen.com) with music by ME!!!

The Hottest Place On Earth - BBC1 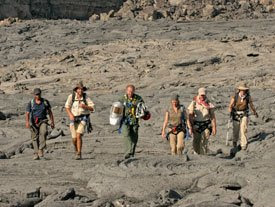 "It's one of the most extreme regions on the planet, where daily high temperatures reach 60°C and the land is torn apart by earthquakes and volcanic eruptions. The Danakil desert in Northern Ethiopia is home to the nomadic Afar people – reputedly one of the toughest tribes in Africa. The area also happens to be a disputed border zone with Eritrea .

The Hottest Place on Earth is a major two x one-hour BBC / Discovery co-production produced by Lion TV. Presented by Kate Humble with vet Steve Leonard, and geologist Dougal Jerram, the programme investigates how people, animal and plant life manage to live in such a hostile environment."

Showing on BBC1 on Thursday 19th March and Thursday 26th March at 9pm.