My take on Cubase 7 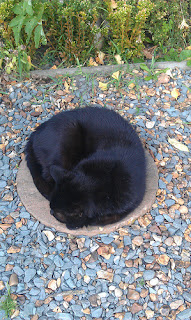 I've had a bit of time to experiment with Cubase 7 and I have to say that I'm very pleased with it.
I mentioned before that I had some problems directly after the installation, but solved these by starting Cubase in 'safe mode' and resetting my preferences.

After that little hiccup, I got stuck in to the program itself. The soundcard loaded up with no problem and my stereo and 5.1 output mapping remained intact, as did the inputs. The only thing I had to reinstall was the Mackie MCU midi controller, and this happened without incident. Projects made with Cubase 5 and 6 load without problem and work as intended...Nice!!!

The 5.1 outs worked without any tweaking and the new interface is clear and intuitive. Video handling works nicely, with the (very slight) niggle that Quicktime is the only supported format. As I mentioned before, I've not been given anything other than a QT to work on for ages anyway.
The new channel strip seems to be the big news in this version and it's a vast improvement on the previous version. Limiting/Gate etc... appear in line, complete with controls, just as in a physical mixer and inserts can be seen in line too.

Now, the Chord Channel. I've got quite robust feelings about this...Many years ago, I suggested that Cubase could be made to recognise chords in order to make parts out with chord symbols quickly and easily. The Chord Channel now seems to be tailored to tell people what chords they are playing and will even suggest what chord would be nice to go to next. In my mind, it's no business of any computer to tell a composer what to write. It's the very opposite of creativity and the Chord Channel will not be turned on, even out of curiosity, on my machine. Maybe it could be used as a teaching tool, but only with the accompaniment of a music theory book and study, which, if fuelled by a true fascination and love of music, will happen naturally.

The only problem I've found with Cubase 7 is that Omnisphere and Kontakt don't like being in a project together. This has been a problem in previous versions for me...If anyone knows of what to do about this, I'd be very grateful.

In Tumbledown news, I think I've mentioned that we recently removed some boxing around some hot water pipes in the dining room and found some skirting board and a quarry tile floor. Well, we completely removed the boxing and the wooden laminate floor to reveal them and have restored the floor using the traditional method of polishing it with a half and half mixture of boiled linseed oil and white spirit. The tiles now have a lovely warm red glow which really suits the room.

Finally, we've had to say a very sad goodbye to Buz The Cat. We'll miss him.

Highland Emergency is playing on C5 quite regularly in the UK.
at Thursday, February 21, 2013 No comments: