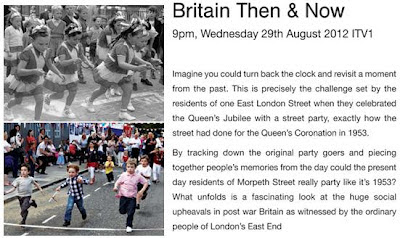 I wrote some stings and breakbumpers for this programme made by Love Productions, and I'm just about to start work on four short information films.

Noticed an Autumnal feeling in the air this morning...It'll soon be time to start sweeping up leaves and getting the logs and kindling under the eaves ready for use. It's been such an unsettled Summer, we've already had to light the fire on a couple of evenings.

The wildlife has been doing very well...The moorhens have produced another batch of chicks on the village pond and we have seven regular ducks in the pond. The water level hs dropped about eighteen inches since the very rainy weather stopped...We're waiting to see what the lowest level is so we can work out where to put the marginal plants so they don't get submerged like the last lot!!!

The Water Boatman is on Tuesdays, Wednesdays and Fridays at 10 and 10.30am on Discovery.

Signs Of Life is still online at www.bbc.co.uk/signsoflife

Giant Octopus will be on NatGeoWild and NatGeoWildHD on Sunday 12th August at 4pm.

Octopus Volcano will be on NatGeoWild and NatGeoWildHD on Sunday 12th August at 9pm.

Giant Octopus will be on NatGeoWild and NatGeoWildHD on Monday 13th August at 4.30am. Went to a concert of 80s music at Audley End at the weekend. All performers were great...Particularly Jimmy Somerville who is in great voice and shape. It's hard to believe that Jimmy sang on my track Luna about fifteen years ago at RAK studios with Stephen Hague producing vocals...Great stuff!!!

While I'm name dropping, I was really pleased to see Laura Aikman starring alongside Leigh Francis in Lemon La Vida Loca. Laura plays Keith Lemon's girlfriend, Rosie Parker and was in Signs Of Life, a BBC production which I wrote the music for...It's online here...Signs Of Life

I'm working on a new show for ITV1/Love Productions which is an interesting mix of orchestral and 50s music!!! More news soon.

We're planning the works due to take place soon at Tumbledown which will involve some earthworks and building. These can now be done as we have the new piece of land. We're just sorting out various quotes and dates and hope to fix a start date soon.

There's some moorhen confusion...A new family seem to have moved onto the pond, so we now have four adults and four chicks and it's impossible to tell who's who!!! The Ducks disappeared for a few days but, to our relief, returned safe and sound!!! The pond level has dropped a little despite some heavy downpours...We're hoping to find the normal range of levels so we can plant the right plants in the right place around the edges...A few things we put in were submerged during 'high tide'!!!